Charles Oputa, better known as Charly Boy, had told his followers that “marriage is management “and not everyone will get married.

He said that even his 40-something-year-old marriage hasn’t been easy but he and his wife agreed to never give up on each other.

He said every marriage has its issues, including his.

Sharing a photo his took with his wife Lady D, he wrote:

I don swim many rivers for dis
my 40sometin year marriage.

Don’t for one minute think our marriage is made in heaven. It has been through Hell many times over, we still dey patch am, e still dey leak.
We have our issues, problems and challenges.(never for public consumption)
We disagree on many things smtimes.

The ONLY Thing we basically Agree on, is never to give up on each other.
We both go die here I think

Biko enjoy ur weekend for marriage is management.

May God bless your Union too. 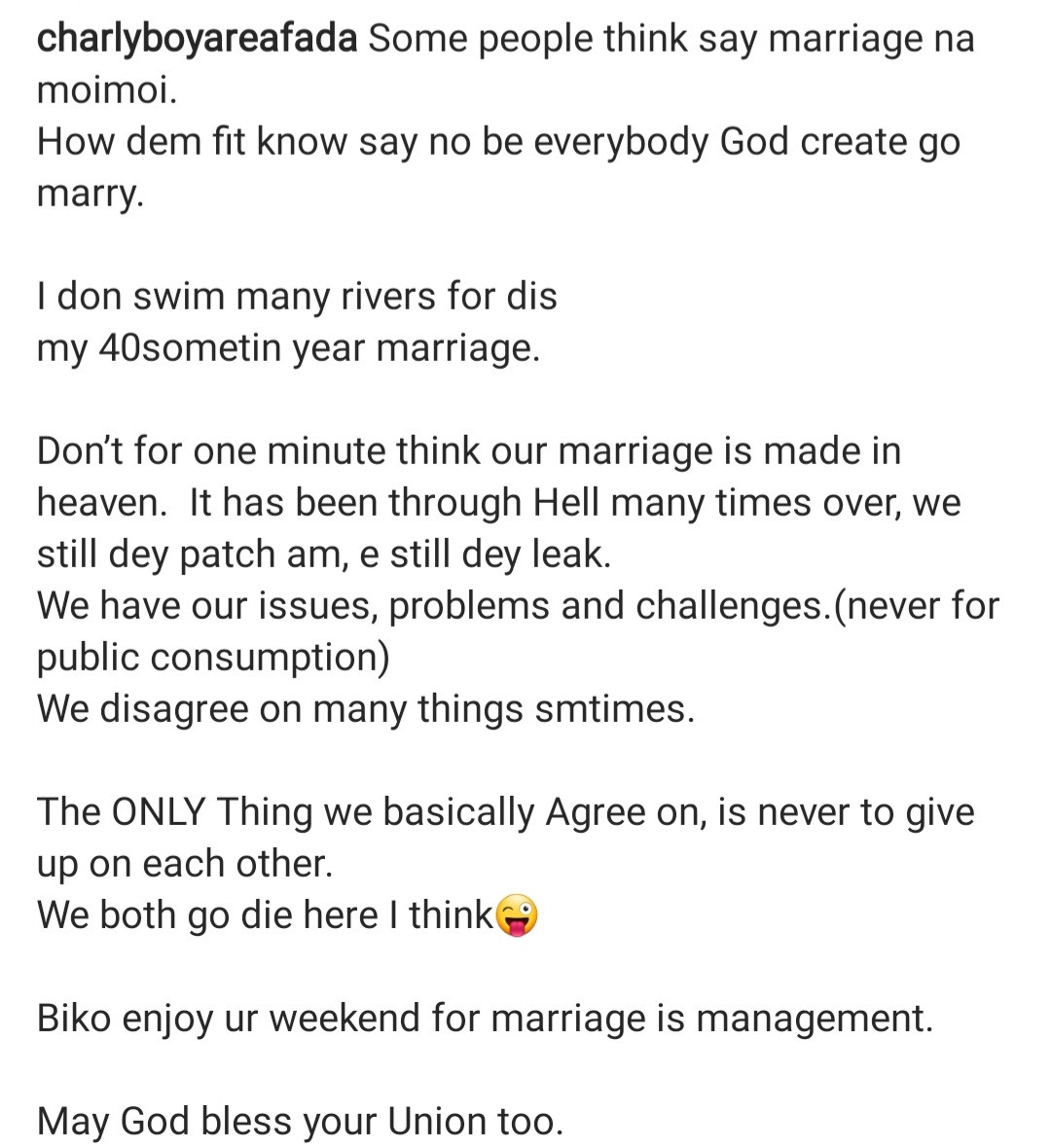